I’m engaged to be married for the third time to a woman who has been married three times before (twice to the same man), which makes five divorces between us.  Our friends and family – including our kids – are trying to convince us that this marriage will end like the rest but we believe that everything we’ve been through has led us to each other.  Is there anything we can do or say to show them that THIS time it’s the RIGHT time?  (And don’t some people who re-marry make a better choice each time and find happiness?)

You’ve asked an honest question and I will give you an honest answer.

Yes, it’s true that some people who remarry find lasting love and rate their second marriages as much more satisfying than their first.

If remarriage is a test of this principle, I would say that you and your new fiancée’ are at great risk of experiencing yet another divorce because it would appear on the surface that these lessons may remain unlearned.

Despite your best intentions, the issues, habits, and dysfunction that doomed your previous relationships will also be compounded by the heavy baggage that comes with the experience of being a serial spouse.

I sense the frustration you feel about not receiving more support and understanding from your friends and family.  But put yourself in the shoes of the people who care about you most (and have seen you ride the waves of your previous five marriages and the heartache and chaos of yet another split) and you might better understand why they are so skeptical.

Aside from the lack of social and familial support you’ve described that is so important for a healthy and balanced marriage, here are some other reasons multiple marriages can be problematic.

Marriage = “til death do us part”

The very essence of marriage is permanency.  The traditional marriage vows we all take center around a lifelong promise that is unwavering, no matter what life throw at us:

“For better or worse, for richer or poorer, in sickness and in health, ’til death do us part.”

When we act as if this commitment is optional—as if marriage is a contract instead of a covenant—our marriage is destined for failure.  Violating this covenant (for reasons other than abuse or infidelity) exposes our true belief about marriage; that it’s something that should end when we become unhappy.

Children in the Mix

There’s no way around the fact that children from previous marriages complicate matters greatly, particularly if they are still young and we need to accommodate child support and a new visitation schedule.

This can be as stressful on the biological parent as it is on the step-parent and there is lots of opportunity for resentment as time needs to be split between the new spouse and one’s children with various partners.

And this doesn’t even touch on the trauma and upheaval these children experience as a result of repeated family splits.  The very nature of a good parent is to do what’s best for one’s children, which is incompatible with bringing multiple new partners into their lives.

If you’d like more tips about how to parent well in a blended family situation,
check out our article on Parenting (and Step-Parenting) Two Sets of Kids.

Exes in the Mix

Just like your children will (and should) be a part of your life that you can’t just shed when you move to a new partner, your ex-spouse(s) will likely be in your life for quite some time.  Whether you get along with them very well or very poorly, this is a frequent topic of contention for new spouses.

On top of this, having to negotiate child support and alimony can be stressful and result in much greater levels of . . .

Supporting numerous exes and children can not only be financially draining but mentally taxing.  Perhaps your children are grown and these factors are no longer in play but you may still wish to support your children in certain ways (e.g., help with student debt or a down-payment on their first home) that are no longer feasible or acceptable to your new spouse.

You mentioned that this is finally the right time for you to remarry, but like it or not, the common denominator in your failed marriages is not a time or place, but YOU.

Whether your circumstances, “wherever you go, there you are”, and you and your fiancée will bring the same set of issues and challenges to this marriage that you did to the previous five.

It could be that you’ve each worked diligently to understand and address these issues, which should include not only recognizing how you contributed to the demise of your previous relationships but taking full responsibility for and rectifying these issues.

If you’ve done this and can say with complete confidence that you are ready, willing, and able to be a different person in your new marriage, I applaud you.  But until and unless you do this, it’s foolish to expect a different outcome.

As I alluded at the top of this article, we all know people who have found happiness in a second or third marriage.  And while it may seem to you that you’ve finally found ‘true love” and will finally live happily-ever-after, the numbers don’t support your optimism.

>>  Approximately 70% of people who get a divorce will marry again.

>>  Roughly half of people who divorce remarry within 5 years (the median time being 3.7 years); men generally remarry more quickly than women do.

You may think of yourself as the exception, but you are already represented in these statistics.  And whether deliberate or even conscious, you have become more and more accepting of divorce as an outcome of marriage.

If you’re a stat lover and would like to see more interesting facts, check
out this article on 53 Fascinating Divorce and Remarriage Statistics.

I am neither judge nor jury of you and your betrothed—and I don’t know the events or circumstances that surrounded your divorces—but I hope I’ve explained why serial marriage is an oxymoron.  The truth is that you can have one but not the other because they are mutually exclusive.

If you’d like to be certain of your choice and prepare for a lifelong and satisfying marriage in 6 hours, check out our Premarital Coaching Package: 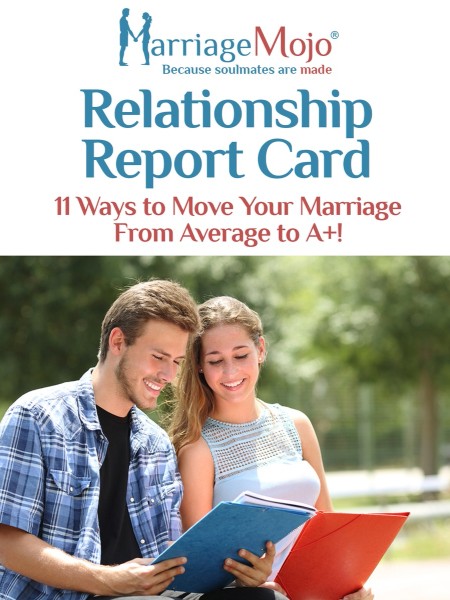